Large-scale distributed training of deep neural networks results in models with worse generalization performance as a result of the increase in the effective mini-batch size.  Previous approaches attempt to address this problem by varying the learning rate and batch size over epochs and layers, or ad hoc modifications of Batch Normalization.  We propose Scalable and Practical Natural Gradient Descent , a principled approach for training models that allows them to attain similar generalization performance to models trained with first-order optimization methods, but with accelerated convergence. Furthermore, SP-NGD scales to large mini-batch sizes with a negligible computational overhead as compared to first-order methods.  We evaluate SP-NGD on a benchmark task where highly optimized first-order methods are available as references: training a ResNet-50 model for image classification on the ImageNet dataset. We demonstrate convergence to a top-1 validation accuracy of 75.4% in 5.5 minutes using a mini-batch size of 32,768 with 1,024 GPUs, as well as an accuracy of 74.9% with an extremely large mini-batch size of 131,072 in 873 steps of SP-NGD. 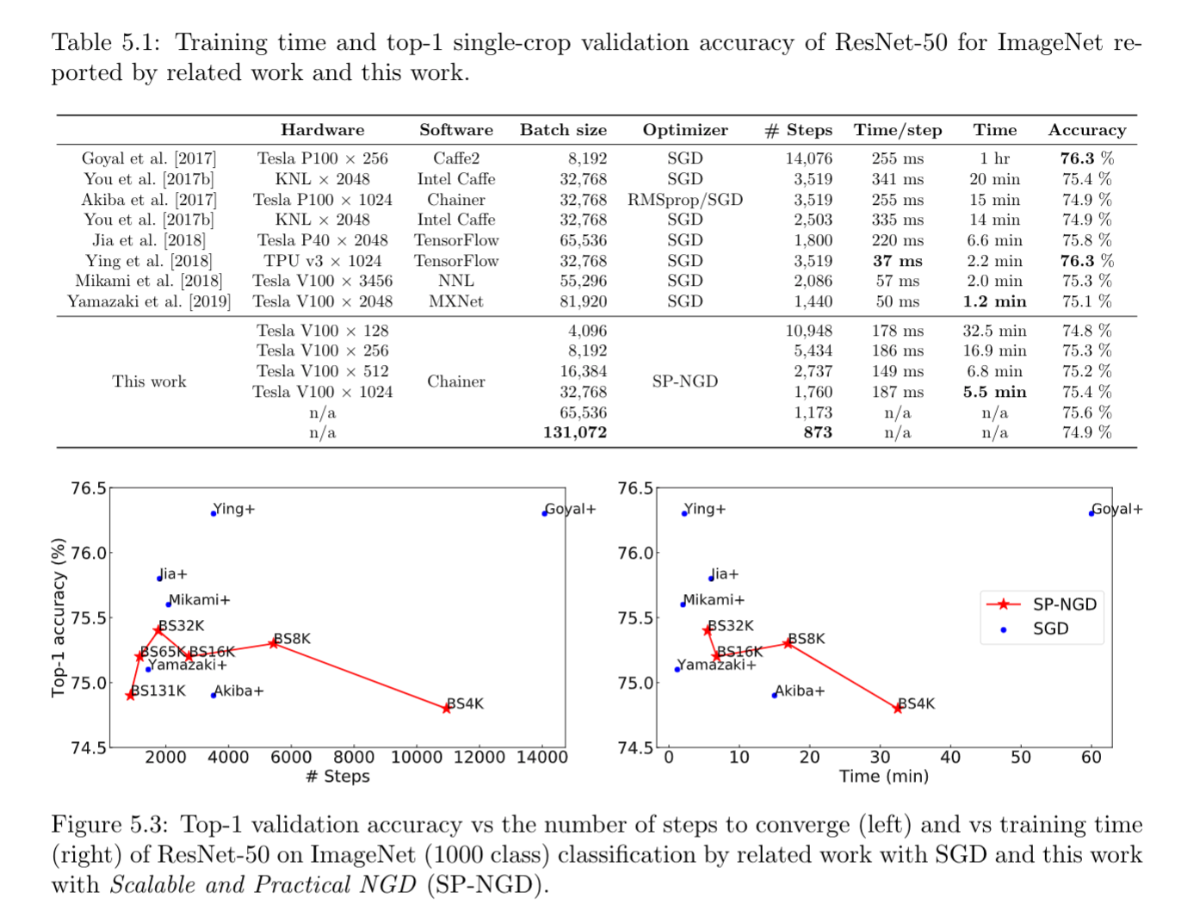 Dense matrices have a quadratic memory complexity and many operations on them have cubic scaling. This makes them prohibitively expensive for large scale operations. In many applications (covariance matrices, BEM...) a substructure of low rank blocks is found. This substructure can be exploited to create an efficient compression of the matrix, called hierarchical low rank approximation. On the resulting so-called Hierarchical Matrices, which only have linear storage complexity, all arithmetic operations (multiplication, inversion...) can be defined. These operations are also much faster with cloes to linear complexity. We are working on a modern, flexible library with distributed memory parallelization on heterogeneous nodes. 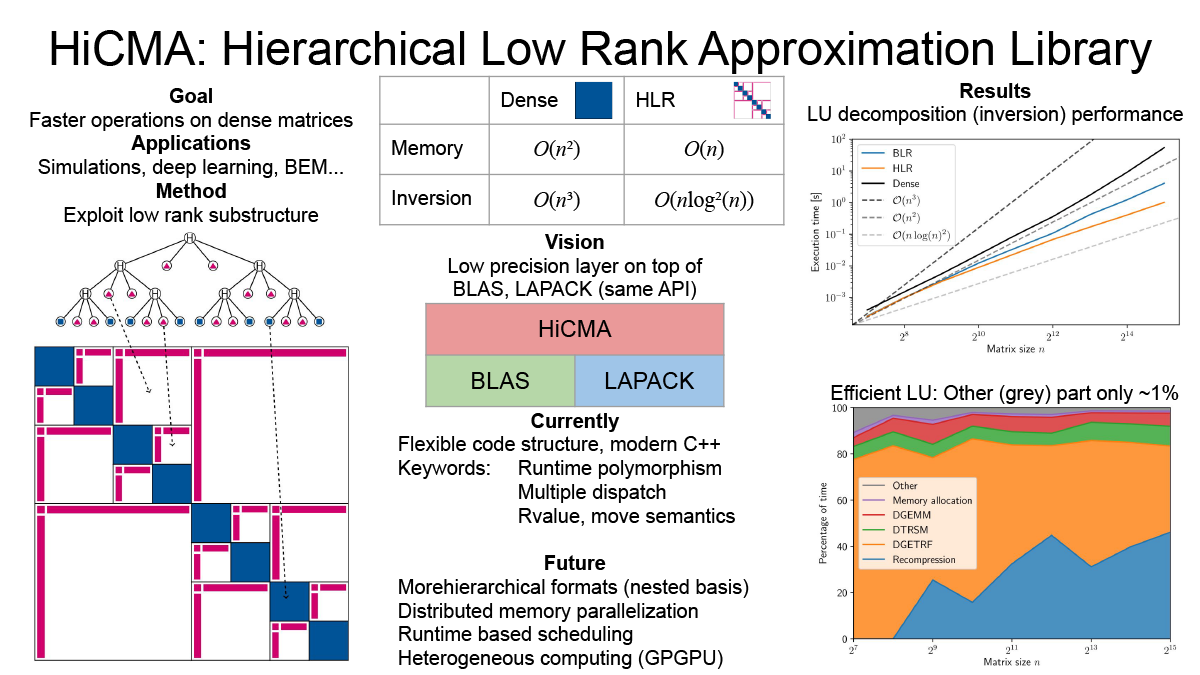 However, there is a lack of discussion on the relationship between parameter compression and speedup within each layer of the CNN.

In this research, we propose a method to speed up the inference by using half precision floating point SIMD instructions, by applying low precision to the learned model, in addition to reducing the data of the CNN model, and speeding up data access for layers that are computation-bound.

We examined the influence of CNN recognition accuracy, the speedup for each layer, and its reason, when we apply our method.

Classical learning theory states that when the number of parameters of the model is too large compared to the data, the model will overfit and the generalization performance deteriorates. However, it has been empirically shown that deep neural networks (DNN) can achieve high generalization capability by training with extremely large amount of data and model parameters, which exceeds the predictions of classical learning theory. One drawback of this is that training of DNN requires enormous calculation time. Therefore, it is necessary to reduce the training time through large scale parallelization. Straightforward data-parallelization of DNN degrades convergence and generalization. In the present work, we investigate the possibility of using second order methods to solve this generalization gap in large-batch training. This is motivated by our observation that each mini-batch becomes more statistically stable, and thus the effect of considering the curvature plays a more important role in large-batch training. We have also found that naively adapting the natural gradient method causes the generalization performance to deteriorate further due to the lack of regularization capability. We propose an improved second order method by smoothing the loss function, which allows second order methods to generalize as well as mini-batch SGD.